With Sti Travel you can expect the infinite blue sky, the intense, unrelenting heat or even anticipate the way that any city sprawl would stop abruptly to make way for rolling, barren dunes. But what you won't expect is that Dubai, however, was the luxury, the slick modernity and certainly will not expect the gleaming metropolis that has sprung up in the desert in the 34 years since seven small kingdoms joined to form the United Arab of Emirates. Only you can experience all of that when you booking with us the 5 Day Emirati Falcon package. For Western visitors, the UAE is a very safe Middle East destination, with the comforts of home and a taste of the exotic.

If there is one word to describe Dubai it's "ostentatious" and often nicknamed the "Vegas of the Middle East", Dubai is one of the seven emirates in the United Arab of Emirates (UAE), and the second largest emirate of UAE, it is a bustling city that has been in the limelight for quite a while, for its magnanimous real estate projects, 7 star hotels, underwater hotels, palm islands, sports events, conferences, surreal beaches, golf courses and soaring skyscrapers.

We will start our tour through the heart of Dubai. All travellers will explore a contrast between the past and present of Dubai. Heading towards the Dubai creek, will stop for photographs of the creek side. We pass by the Al Bastakiya's old-wind tower houses, which were built by the wealthy merchants of the past, also an old district which gives you an idea of how Dubai used to look before the skyscrapers started to take over. It has very narrow lanes and lofty wind towers.

Our next stop takes us to the historical Al Fahidi Fort, which is the biggest concentration of traditional courtyard houses with wind towers where you can find. Dubai Museum, which is one the tallest buildings in Dubai, was used as a palace, garrison and prison. It has since been renovated as a museum. This museum is breath taking with full size figures, colors, sound and lighting effects. The Museum is the 200 year-old restored Palace of Sheikh Saeed, which has important records of pearl diving and trading activities that went on. Sheikh Saeed's House is situated near the sea. It was built by the Sheikh for getting a better view of shipping activities. It is an exquisitely designed structure which exhibits traditional architecture. Bait Al Wakeel is a must visit attraction in Dubai. Built in 1934 by the late Sheikh Rashid, the first of its kind in Dubai, it was first office building in the emirate dedicated exclusively to administration.

The desert safari is the slightly more cultural of the two diversions, ending with a good Middle Eastern buffet, a camel ride and a belly dance. It gives you the opportunity to meet with the local traditional culture, to enjoy the fascinating sights, to enliven an adventurous drive, mingle with Bedouin and their way of living, pleasuring on camel drive, and experience the Arabian Desert on the 4WD jeep. Drive into sand and watch the camels and sun set over the dunes. A sundowners experience in the desert of Dubai and above all enjoying the delicious barbecue with ceremonious belly dancers dancing to the beat of Arabian music.

Now it's shopping time, a market, called the Friday Market even though it is open seven days a week, is found on the Dubai-Fujairah Road as you approach Masafi. The main items to bargain for are rugs, earthenware, antiques and souvenirs. Masafi is a village located on the edge of the Hajar Mountains near Fujairah. It was a trading post and refuelling stop before the modern highways were built in the 1970s. The village is actually divided in to two parts with the larger section belonging to the emirate of Fujairah and the smaller belonging to the emirate of Ras al Khaimah. The name "Masafi" is Arabic for "pure water"; the village is well known for its natural springs. In fact Masafi is also the name of the Gulf's leading natural mineral water producer, which is located near the village.

Also we can't miss visiting Al Bidyah Mosque which is the oldest in the United Arab of Emirates. The mosque was named for the historical town that embraced it for so many centuries. It is also known as the Ottoman Mosque, for the man who built it.

Al Bidyah Mosque, north of Fujairah, consists of a central pillar divides the internal space in to four squares of similar dimensions. The pillar supports all four domes that can be seen from the exterior.

Fujairah Fort, was badly damaged by the British in the early 20th. Century considered the oldest fort in the UAE, it has served as a defensive building and a home for the ruling family.

The Fujairah Fort is a mud brick structure with three major sections, several halls, one square tower and two round towers. The fort has been renovated and restored to its former glory. For many centuries it was the only stone building along the Fujairah coast. Located on a hill at the edge of date gardens, the Fujairah Fort is surrounded by the remains of some old town houses. Finally; want some relaxation? Go to Sandy Beach Hotel and Resort; it is a charming hotel, located on a bay with a sandy stretch of beach along the Indian Ocean at which we can swim and have lot of fun after our long tour. 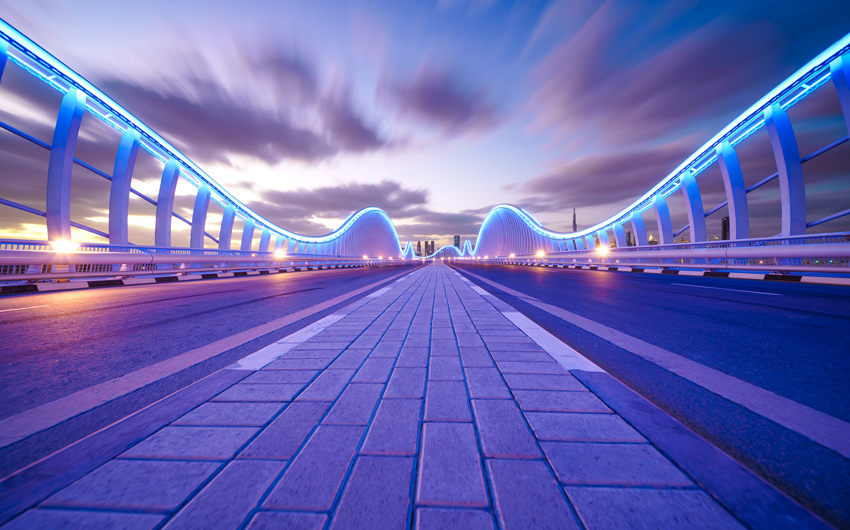 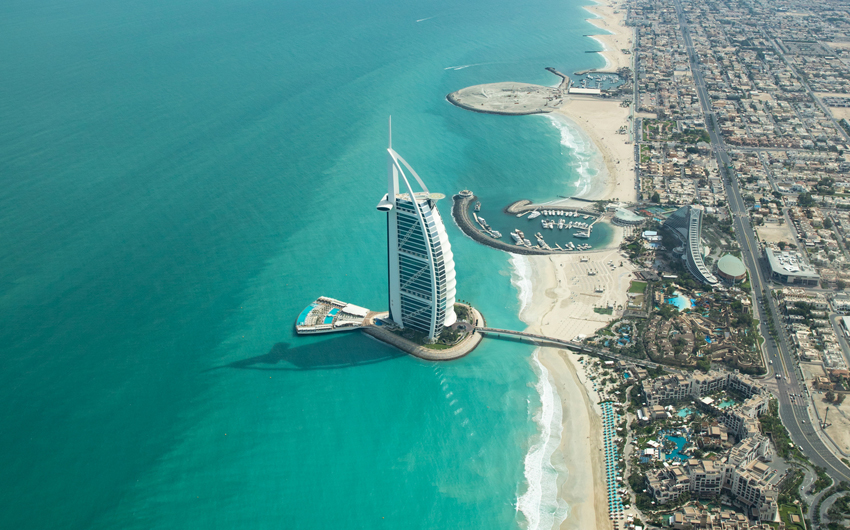 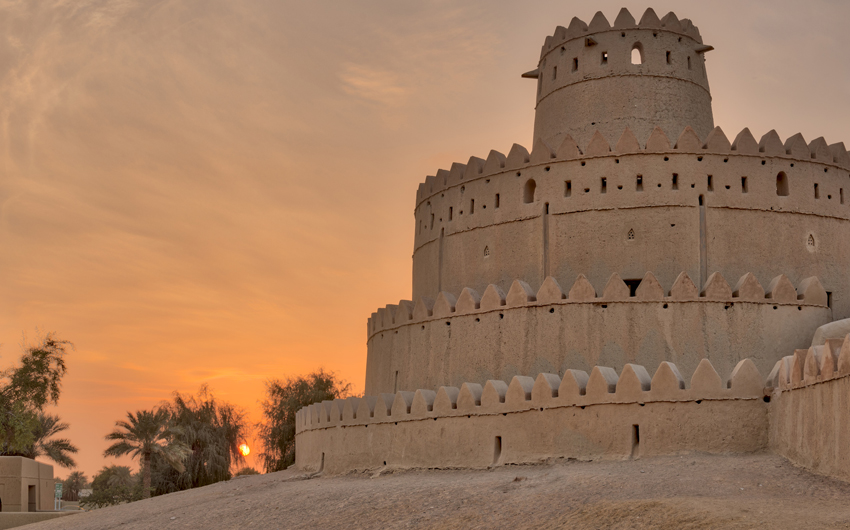