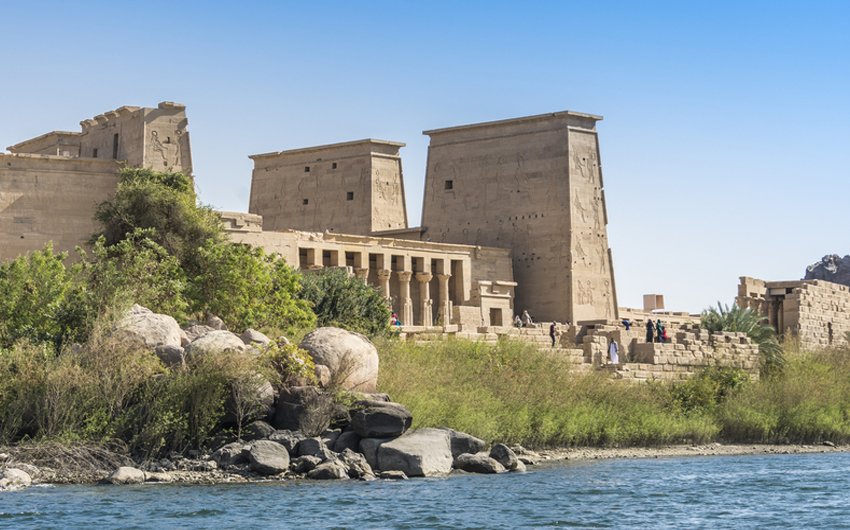 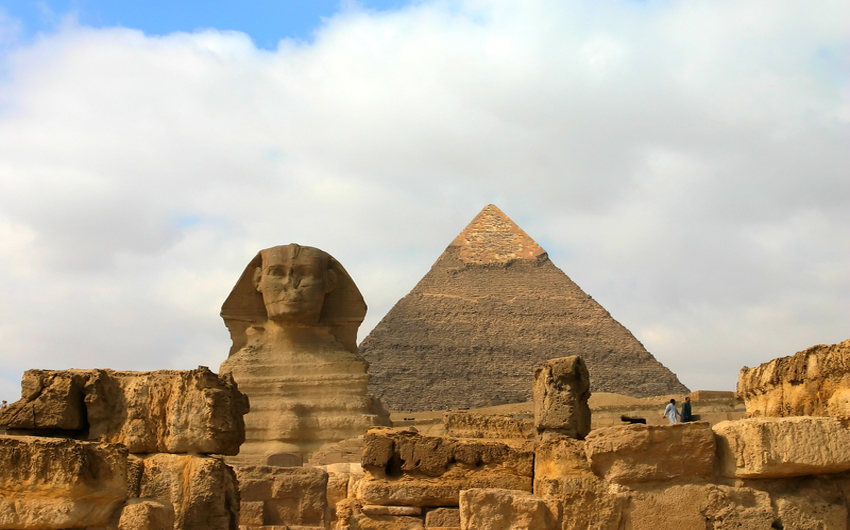 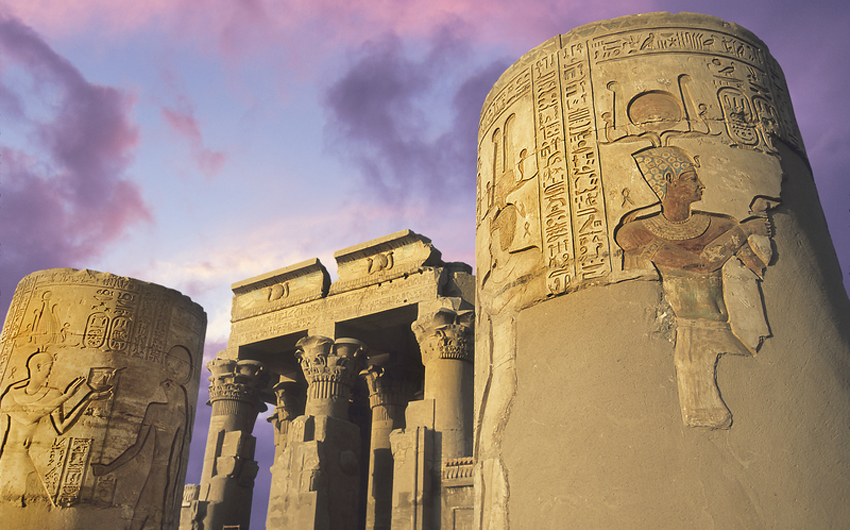 Explore the multifaceted value of this special journey, the blend of manmade and natural sites, peaceful panoramas and history remains and the amalgamation of religions. A 12 day crossing through two of the oldest countries in the world, Egypt and Israel!

Upon arrival at Cairo International Airport, you will be met and assisted through immigration and customs then transferred to our hotel.

Morning visit to the Egyptian Museum of Antiquities which includes the world's largest collection of Pharaonic artifacts and the treasures of Tutankhamen's tomb. Then drive to Old Cairo to visit Al Moallaka Church (Hanging Church) and Ben Ezra Synagogue. Stop for lunch, afternoon visit to the Great Pyramids of Giza and the enigmatic Sphinx, then proceed to Khan El Khalili, the world's largest 13th century covered oriental bazaar. Overnight in Cairo. (B, L)

After breakfast, transfer to Cairo airport for your flight to Luxor, upon arrival transfer to your cruise ship for 5 days/4 nights cruise. Accommodations aboard your cruise ship will consist of outside cabins with private facilities. Visit The Temple of Karnak and The Temple of Luxor. Visit the West Bank including Valley of the Kings, Valley of the Queens, the Temple of Queen Hatshepsut and the Colossi of Memnon. This evening you may enjoy an optional sound and light show at the Karnak Temple. Overnight in Luxor. (B, L, D)

Early morning sailing to Edfu via Esna. (B, L, D)

Travel by horse-drawn carriage to the Temple of Horus, considered the best-preserved ancient temple in Egypt and the second largest after the Temple of Karnak. Sail to Kom Ombo, visit Temple of Sobek and Haroeries. Sail to Aswan. (B, L, D)

Visit the Aswan High Dam, the Granite Quarries and the temple if Isis at Philae. View of Kitchener's Island Botanical Garden and the Aga Khan Mausoleum by felucca. (B, L, D)

After breakfast, disembark and transfer to Aswan International Airport for your flight back to Cairo or you may participate in an optional tour to Abu Simbel and visit the colossal Temple of Ramsies II and the temple of his beloved Queen Nefertari. Both temples are carved out of a hillside beside the Nile in the 13th century B.C. Transfer back to the airport for your flight to Cairo. Upon arrival you will be escorted to your hotel. This evening you may enjoy an optional sound and light show at the Pyramids. (B)

Transfer to Cairo International Airport for our flight to Tel Aviv. Upon arrival, you will be met and assisted though customs and transferred to our hotel in Jerusalem. (B)

Drive to Mount of Olives for a panoramic view of the city. Enter the Old City and walk through the Armenian and Jewish quarters to the recently excavated and restored Cardo, the Roman road. See the Western Wall, the Kotel, and continue to the Christian Quarter. Walk along the Via Dolorosa and visit the Church of the Holy Sepulchre. Continue to Bethlehem* for an overview of Shepherds' Field, visit the Church of Nativity and Manger's square. Return to hotel in Jerusalem. (B)

After breakfast, morning drive via the Judean Desert to the Dead Sea. On the way you will visit Ahava Cosmetic factory followed by a visit to Massada. Ascend by cable car and tour the mountain fortress built by King Herod, where the Jewish zealots of the first century made their last stand against the Romans. Visit the remains of the walls, palaces, synagogue, water cisterns, mosaic floors, Roman baths and other findings. Descend by cable car. Continue to the Dead Sea. After lunch, enjoy the unique opportunity to swim and float on the Dead Sea that many believe has therapeutic effects. On the way back, view the Qumran caves, where the Dead Sea Scrolls were discovered. (B)

After breakfast, enjoy a lovely day watching the outstanding landscape of the Lower Galilee. Depart Jerusalem on the Coastal Road for Nazareth, the town where Jesus spent his childhood. Visit the Basilica of Annunciation and the Church of St. Joseph. Continue, via Kafr Kanna, to Tiberias, the lovely resort town. Drive along the Lake Kinnereth to visit Capernaum and view the ruins of the ancient synagogue where Jesus taught. Continue to Tabgha, the site of the Miracle of Fish and Loaves, located at the foot of the Golan Heights. After lunch, continue to Yardenit, the famous baptismal site, where the Jordan River leaves the Sea of Galilee towards Jerusalem and the Dead Sea. (B)

After breakfast, transfer to Ben Gurion International Airport for your departure back to the USA. (B)